The Princess of Colchester

The following tale entitled ‘The Princess of Colchester’ was published in ‘English Fairy and Other Folk Tales’ (1890) by Edwin Sidney Hartland. ‘LONG before Arthur and the Knights of the Round Table, there reigned in the eastern part of England a king who kept his Court at Colchester.

On 28th April 2008 the Daily Gazette featured an article by Gareth Palmer entitled ‘Colchester: Now ‘Beast’ is seen in cemetery’ which concerned the latest sighting of the Beast of Essex.

The Beast of Essex may have been spotted in Colchester Cemetery. 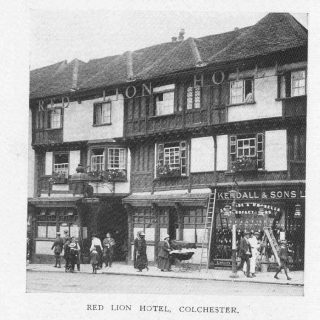 The Red Lion Hotel is a Grade I listed Building dating back to 1465. It is said to have two ghosts: a young girl who haunts the kitchen and, a monk who perished in a fire.