The George and Pilgrim Hotel, Glastonbury

Known as the George before the 20th century, The George and Pilgrim dates from the 1430’s* and was originally owned by the Abbots of Glastonbury Abbey until its dissolution in September 1539. 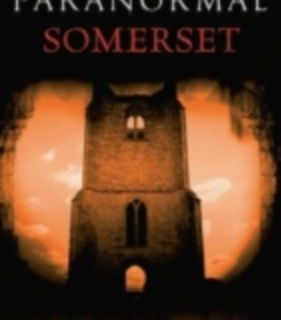 Everyone loves a good ghost story, as a kid it’s what got me interested in the paranormal and it’s what will hopefully get the next generation interested in finding out more. Most ghost books review accounts and experiences but this one takes a story and gives it a fictional twist with characters so that you become involved in the story and identify with the events surrounding them. 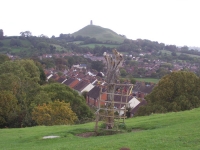 I have visited Glastonbury many times over the last few decades, but only got around to visiting the Holy Thron on Wearyall Hill for the first time in September 2011. Unfortunately it was in a poor state after being vandalised the previous December and then apparently further damaged by souvenir hunters.

Beside the main roads leading into the dreamy Somerset town of Glastonbury, are a series of signboards welcoming all to ‘The Ancient Avalon’, and causing a nationwide controversy. Glastonbury claims to be Avalon, to be the final resting place of King Arthur, and the site to which the Holy Grail was borne to by Joseph of Arimethea. 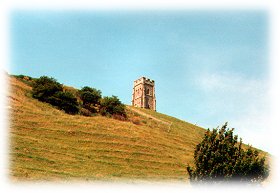 Glastonbury has been identified with the mysterious Isle of Avalon from the twelfth century, its past has become steeped in myth and legend, and it is probably most famous for its Arthurian and early Christian traditions. 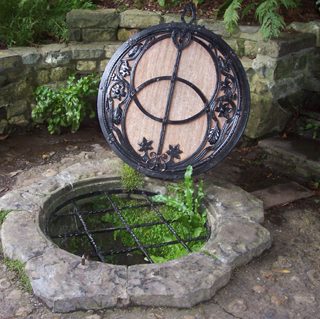 The Chalice Well has been associated with healing and with the Holy Grail for many years. According to legend Joseph of Arimethea placed the cup that held the blood of Christ into the well. The waters run red with Iron Oxide another association with blood.

The Tor has been associated with magic and mystery for thousands of years. It seems likely that early man used the tor for rituals, and maze like path has been identified spiralling around the tor seven times. Professor Philip Rahtz dated the terraces to the Neolithic period, and concluded that they may have been part of a maze. 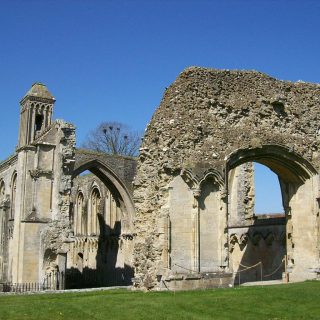 This is a reproduction of the cross said to have been found in Arthur’s grave at Glastonbury Abbey. The actual grave seems to have been a very early burial but the Arthur link is tenuous. The actual cross disappeared many years ago and the only depiction is from a drawing by William Camden in 1607, from which this picture has been redrawn.