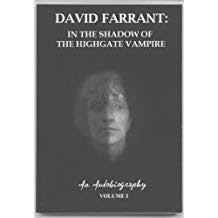 In the Shadow of the Highgate Vampire by David Farrant

I have known the name David Farrant ever since I first started reading about and investigating the paranormal.

Ley Lines and The Highate ‘Vampire’? by David Farrant

Ghostly happenings around Highgate are not only confined to Highgate Cemetery and The Flask.

Dating from at least 1492 when it was referred to as Swayneslane, it was one of four old parallel pathways leading up to Highgate village. (The others being West Hill, Bromwich Walk (now disappeared) and Dartmouth Hill). Also known for a long time as Swines Lane, it passed between agricultural land giving access to the farms on either side of it.

Elizabeth Siddal was an artist and a model, who posed for many of the Pre-Raphaelite Brotherhood. A mystery arose following her death, as her grave in Highgate Cemetery was opened and her body, though dead for seven years, was said not to have decomposed at all, which has even led to speculation in some quarters that she was undead. 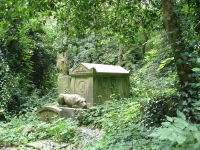 The Highgate Vampire – How It All Began – by David Farrant

LONDON 1969, AND WIDE REPORTS WERE COMING INTO the British Psychic and Occult Society concerning a tall black apparition that had been seen lurking among the tombs of London’s Highgate Cemetery. Most of these reports were from people who claimed to have been confronted by this apparition which invariably took the form of a tall dark figure and petrified people both in, or passing, the cemetery.