Little Eaton in Derbyshire has a black dog legend. It is said that the large black animal was a working, hunting hound owned by the last squire of the village, which howled constantly for three days and nights as its master was dying. When the dog ceased howling, the household staff and the villagers knew that the squire had died. 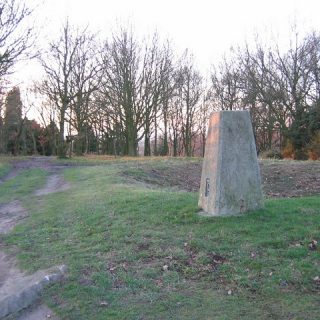 There is apparently a legend (or maybe it’s camp fire ghost story) associated with Drum Hill, which is situated on the edge of Little Eaton, although it has undoubtedly been kept alive (and most probably elaborated) by the Scouts and Guides who regularly use the site as a camping ground.