The following story from ‘English Fairy and Other Folk Tales (1890)’ by Edwin Sidney Hartland concerns a Black Dog that haunted the site of a gibbet in which the body of a witch killer was displayed. 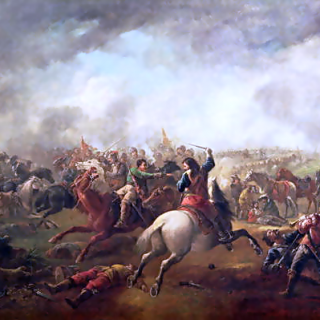 On a minor road between the A59 and the B1224, a major battle of the civil war was fought on the 2nd July 1644. In 1968 some tourist were lost on the road when they came across a group of men dressed as 17th century soldiers. They thought that they were people in fancy dress, although the men looked worn out. They later discovered that they had been on the road through the battle site.