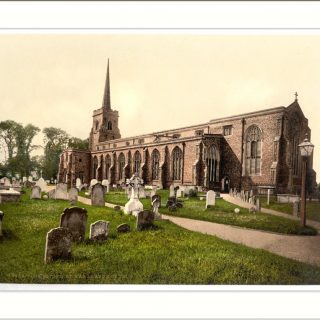 St Margaret’s Church in Lowestoft dates from the late 14th century and according to some, associated with a few apparitions. An East Anglian Daily Times article entitled ‘Weird Suffolk: Have you spotted ghosts in...

According to The Legendary Lore of the Holy Wells of England by Robert Charles Hope (1893), ‘The parvise over the porch of St. Margaret’s Church is known as the “Maids’ Chamber,” in consequence of...

The manorial residence in Oulton is known locally as Oulton High House and it has some ghost stories associated with it. Dating from the 16th century, it has been suggested that the house was used for storage by smugglers in the 1700’s when it stood empty for a few years. It has been suggested that the stories were created by the smugglers to scare people away from the building.