St Alkeda was a chaste Saxon maiden, sometimes described as a princess, noble woman or a nun. On 28th March 800AD, somewhere close to the site of St Mary’s and St Alkelda’s Church, she was strangled to death for her faith by two Danish women involved in a Viking raid. It has been suggested that they killed her by twisting a napkin around her neck. 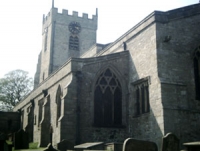 Dating from 1280, this is one of only two churches dedicated to St Alkeda (Alkelda,Athilda, Alcelda) (the other being in Giggleswick) and is said to be her final resting place. St Alkeda was a chaste Saxon maiden, sometimes described as a princess and a nun. 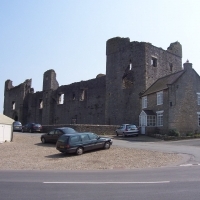 The castle is reputed to be the site of a buried hoard of treasure, to find it you must run a round the castle three times, and where you stop the treasure will be found. Unfortunately there is no indication of where you should start.

Directions: Off the A6108 to the South of Leyburn. 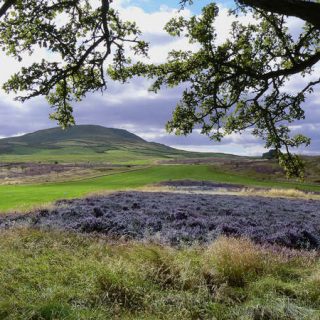 Haunted by the ghost of a lady in a black dress. Peat cutters are reputed to have discovered a body dressed in the rotting remains of a black shawl. She was meant to have been murdered by one of her admirers after he discovered she was to run away with another man. 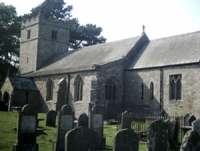