The Malt Shovel is a Grade II listed building and according Sir Nikolaus Pevsner (born 30 January 1902 – died 18 August 1983) dates from around 1720. Originally built as a house by William Moore, the Malt Shovel has a reputation of being haunted.

Handale Priory, Scaw and the Serpent

Writing in 1888, Rev Thomas Parkinson in his ‘Yorkshire Legends and Traditions’ gives the following account of the death of the Handale Serpent. ‘In ancient times these quiet woods were infested by a huge serpent, possessed of most singular fascinating powers, which used to beguile young damsels from the paths of truth and duty, and afterwards feed on their dainty limbs. 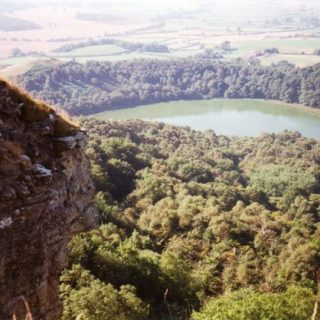 Surrounded by the dense Garbutt Wood, Gormire Lake is the result of glacial activity and is one of the few natural lakes in Yorkshire. Gormire Lake has a few little known gems of folklore attached it. One tale involves a witch who was being chased across the moor. 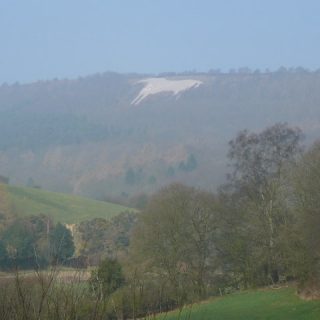 The Kilburn White Horse was finished on 4th November 1857 and is believed to be the most northern and possibly the largest White Horse in Britain, being 318’ long and 220’ high (though it was designed to be 314’ long and 228’ high). It faces south-south-west and is situated near Roulston Scar, to the south of Sutton Bank. 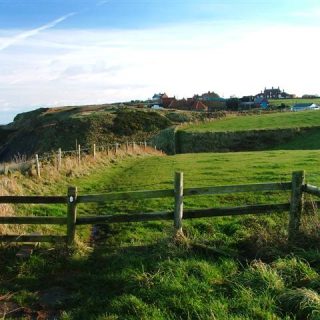 A phantom Black Dog is said to haunt Kettleness near Whitby. In Marc Alexander’s ‘To Anger the Devil’ which is a biography of the exorcist Reverend Dr Donald Omand, he describes how in the 1950s Rev Omand received letter from a schoolmaster detailing his experience with the dog and requesting an exorcism. 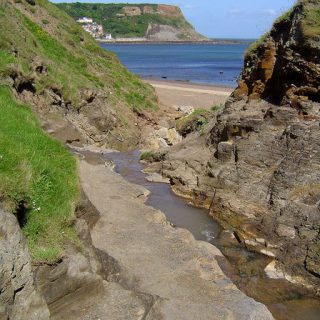 The haunt of a goblin, Hob, which is a generic term for a brownie of boggle in Yorkshire. This hob was unusual in that the was thought to be able to cure whooping cough, and parents would bring their afflicted child to the cave and recite a rhyme in the hope of a cure.

Directions: Runswick Bay reached via a minor road off the A174 to the Northwest of Whitby.

The Bridestones are a set of natural weathered stones that are thought to have been used for ancient worship. A weathered horned head is carved into one of the stones, the date of the carving unknown.

Directions: To the East of the A169 Northeast of Lockton. 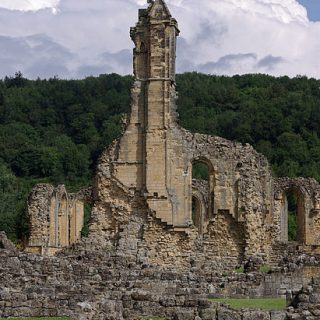 William of Newburgh’s Chronicle of 1290AD is said to mention the sighting of a round silvery object flying over the Byland Abbey in Yorkshire.