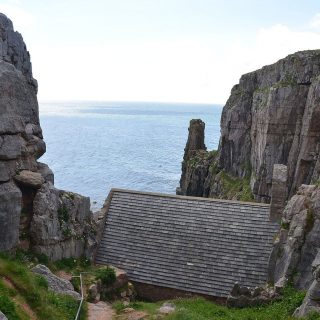 This tiny chapel hidden in a deep ravine in the rocks dates from the thirteenth century. There may have been a chapel or religious structure here in the fifth century making it one of the earliest places of Christian worship. It has been suggested that the chapel was part of a larger Hermitage but its history is unclear. 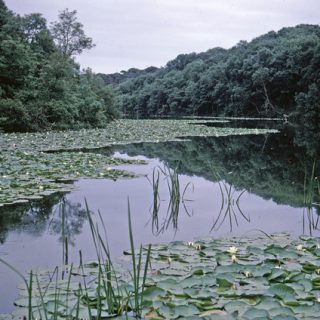 The local lake is said to have been the body of water into which Arthur’s sword Excalibur was cast after the battle of Cammlan.

Directions: A footpath from Bosherton leads to the lake Bosherton reached off the B4319 South of Pembroke