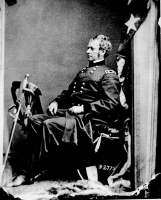 Perhaps the oldest ghost story of Maryland is that of the Blue Dog of Rose Hill. Near the town of Port Tobacco (Charles County) is a rock covered in reddish discolorations. Called the "Peddler’s Rock", it supposedly marks the spot where a trader was killed at some point in the latter part of the 1700s. In true ghost story fashion, there are many variants of the tale.