The following story entitled "Th’ Skriker (Shrieker)" was published in ‘Goblin Tales of Lancashire’ by James Bowker (1878).  ‘On a fine night, about the middle of December, many years ago, a sturdy-looking young fellow left Chipping for his cottage, three or four miles away, upon the banks of the Hodder. 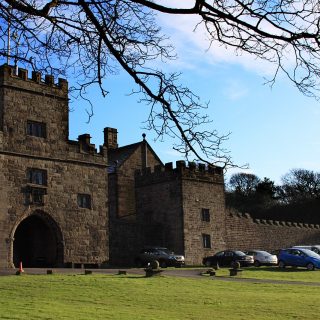 Dating from 1560-1565, Hoghton Tower is a Grade I listed fortified manor house situated on the highest hill in the Hoghton area. The following tale by John Roby was published in his ‘Traditions of Lancashire’ in 1872. He refers to it being left to decay and by the middle of the 19th century it was derelict. 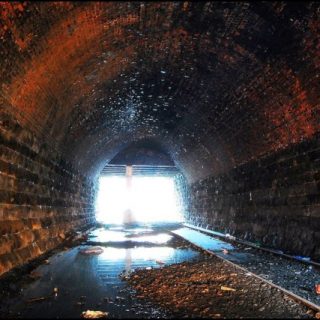 The Miley Tunnel running under Preston is 862 yards long and linked the Longridge line to the main Preston line. Opening in around 1840 for freight, the first passenger trains used the tunnel in 1856, though these stopped by 1930. Goods traffic also declined and by the 1980’s the line was unused. The tracks are still present but they are overgrown and the tunnel is abandoned.

A large inscribed stone measuring eight feet long, two feet wide and one and a half feet deep was placed beside a old road (now known as Written Stone Lane) in Dilworth during the 17th century. The reason why the stone was placed is unknown, though several stories have grown up around it. The following account was published in ‘Lancashire Legends’ (1873) by John Harland & T T Wilkinson.

The Dun Cow & The Old Rib

In ‘Lancashire Legends’ (1873), John Harland shares the following piece of folklore.  ‘The anonymous writer of "Curious Corners round Preston," states that the "Old Rib " is the name giyen to an old farm in the township of Whittingham, in the parish of Kirkham, five miles north of Preston. 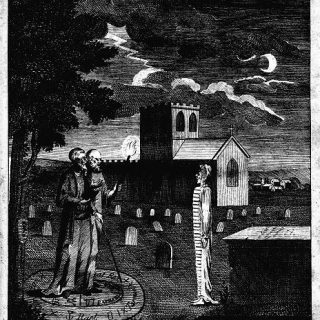 St Leonard’s Church in Walton-le-Dale was according to folklore the location that Edward Kelly and Dr John Dee chose to famously summon a spirit, during the reign of Queen Elizabeth I.