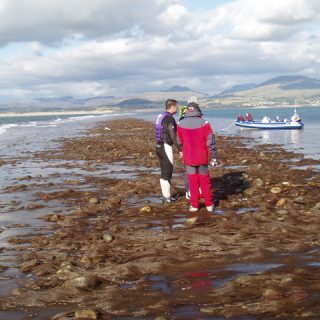 Sarn Badrig, also known as St. Patrick’s Causeway, starts from Mochras point on Shell Island (or Mochras) and extends out in to Cardigan Bay for about twenty-four kilometres (fourteen miles, some nine of which are exposed at neap tides). It is one of three such ridges of rock and shingle that can be found on this west Welsh coast. 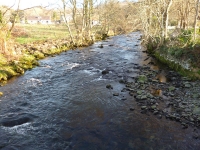 Whilst reading part of Lewis’s Topographical Dictionary of Wales (1849), I came across a link between the River Artro and Taliesin.