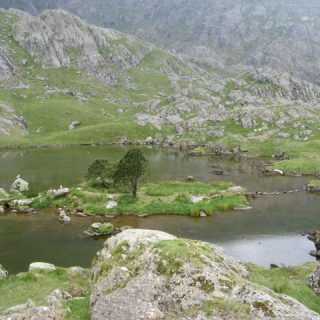 In ‘Celtic Folklore Welsh And Manx’ (1901), John Rhys recounted the following folktale originally passed down Siân Dafydd of Helfa Fawr, and Mari Domos Siôn of Tyn Gadlas, Llanberis who would probably have been born around 1770. 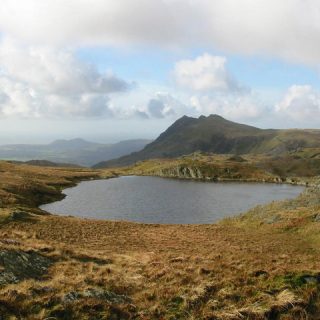 If you ascend Yr Wyddfa (Mount Snowdon) on the Snowdon Ranger path you will encounter Llyn Coch. Legend has it that this lake is a favourite abode of the Tylwth Teg (Fairy Folk). There is a ‘Fairy Bride’ legend associated with the lake, one version of which goes something like this: 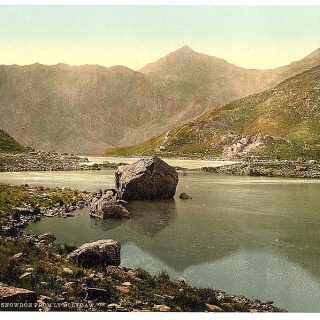 At 1,430 feet above sea level Llyn Llydaw (Brittany Lake) is another sterile glacial lake of Yr Wyddfa (Mount Snowdon) in its eastern valley Cwn Dyli. It has an industrial air about it, and it has the Miners’ track crossing its eastern end by a causeway that was built in 1853 when the lake was lowered. 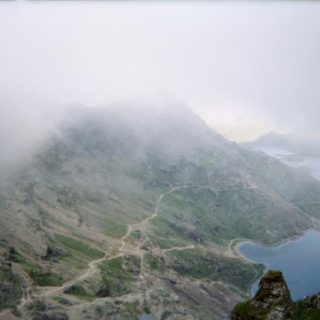 At 1,970 feet above sea level, and covering an area of 18 acres Llyn Glaslyn is one of the glacial lakes of Yr Wyddfa (Mount Snowdon), and being the highest and remotest of the larger lakes it abounds in legend. 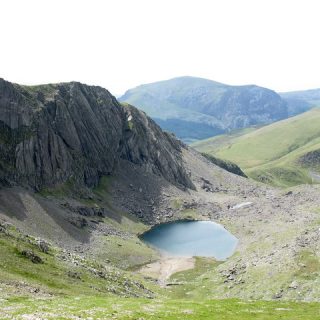 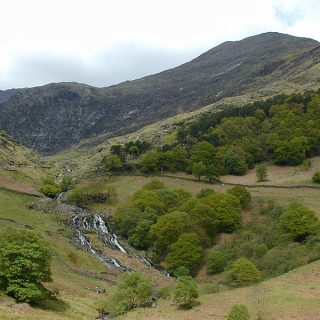 In this valley below the south eastern side of Yr Wyddfa (Mount Snowdon), it is said that the Tylwyth Teg (Fairy Folk) live. It is said that one day, a shepherd heard a wailing sound, and he moved a rock where the sound was coming from. When he did this he rescued a Tylwyth Teg who has trapped there. Later, he encountered two old men who thanked him, and gave him a staff. 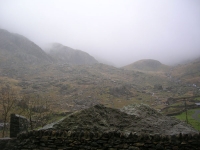 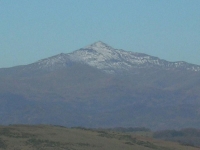 Standing 3650 ft above sea level, Snowdon is the highest peak in Wales, second highest mountain in Britain and is also probably the busiest due to it popularity with hillwalkers.