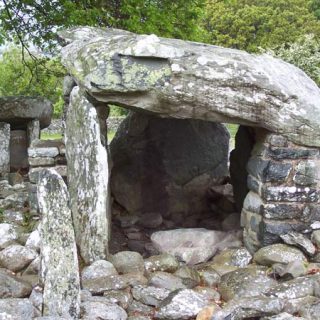 Behind the local school at Dyffryn Ardudwy and reached by a sign posted footpath two exposed cromlechs are visible amidst a field of stones. The cromlechs are about twenty feet apart and the stones that surround them mark the remains of the huge cairn that would have covered these graves that date back to the Neolithic period. 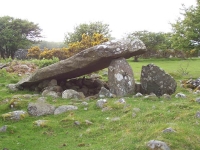 The Cors-y-Gedol burial chamber which still has it’s capstone intact is also referred to as Arthur’s Quoit and can be found close to some ancient hut circles known as the Irishmen’s huts on the slope of Moelfre. 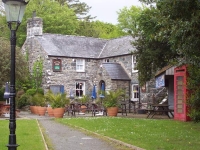 A Snowdonia guide specialising in walks starting from pubs, mentioned that the Ysgethin Inn was haunted.  It did not elaborate further, other to say that the ghost had been heard by the staff, though not actually seen it. The building was originally a pandy (fulling mill) and dates from early 1788.