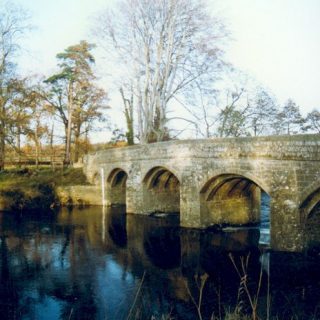 The site of Kilgram Bridge has been used for thousands of years to cross the River Ure. This Norman bridge prossibly dates from 1145AD (certainly standing by 1301 AD) and was built by the monks from the Cistercian Jervaulx Abbey. It was built upon the remains of an early Roman paved ford, the well preserved remains of which were used as the bridge’s foundations.