A flower maiden of Welsh myth, created for Llew Llaw Gyffes by Gwydion and Math from flowers and nine elements, because he was forbidden to take a human wife. 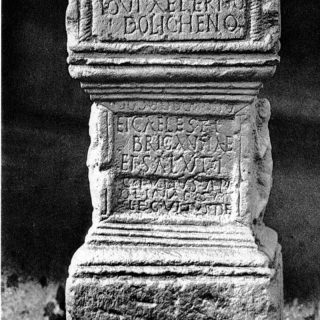 A goddess associated with farming and with cattle, two very important commodities in Celtic society. She was reared on the milk of a fairy cow, and pictured as a beautiful woman wearing a crown, and a breastplate, and carrying a spear.

A Solar deity, he can be seen as a Celtic equivalent of Apollo, and there are various traces of his cult in Britain. In Irish mythology he was Bile, a powerful god of the underworld.

Balor of the Evil Eye

Balor can be equated to a god of death and destruction, in Irish mythology he was the son of Net, and lord of the Formorians, the grotesque race that inhabited Ireland before the Tuatha de Dannan.

A Welsh god who is the ruler of the underworld. He is mentioned in the Mabinogion in the Tale of ‘Pwyll Lord of Dyfed’ and in ‘The Spoils of Annwn’.

Pwyll meets the god while he out hunting on the fringes of his kingdom, and offends Arawn by letting his hounds loose on a stag already being hunted by him.

A Welsh goddess mentioned in the old Welsh stories now incorporated into the Mabinogion. She is the daughter of Don and the sister of Gwydion, the bard and magician.

An Irish god of love, he was one of the offspring of the promiscuous Dagda, and there are various tales told about his exploits in Irish mythology.

The son of Ceridwen and Tegid Veol, in the Welsh myth of Taliesin. Ceridwen had two children; a daughter of outstanding beauty, and a son Afagddu, who was malformed and ugly (the least favoured of all men). To balance Afagddu’s misfortune, Ceridwen decided to create a potion in her cauldron of inspiration, so that he might have knowledge of the future, clear sight, and be favoured among men. 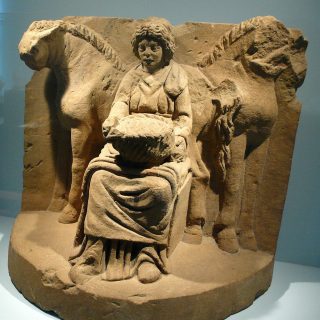 The horse was very important in Celtic society, and the main goddess associated with the horse was Epona, worshiped widely throughout Britain and the Continent during the Iron Age and Roman Period.

Abandus – God of Godmanchester in Huntingdonshire.

Andraste – The goddess of victory, invoked by Boudicca during her uprising in AD60.

Arawn – Welsh god of the underworld or Annwn. He was the keeper of a magic cauldron.