According to ‘Some Notes on the Road from London to Canterbury in the Middle Ages’ (1898) Edited by Henry Littlehales ‘The ancient house at the corner of the lane on the left a few yards before we reach the church*, is thus mentioned in Mr, Dunkin’s history : — 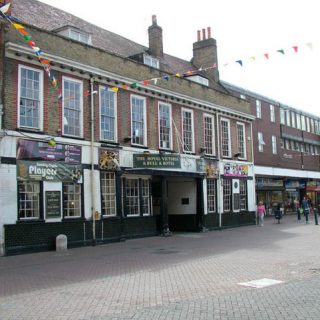 The Royal Victoria & Bull Hotel on High Street in Dartford is Grade II Listed and dates from 1703.  Originally it was a large coaching inn on the London to Canterbury and Dover road.