The following article entitled ‘Farmers sacrifice 7-yr-old girl for good crop, held’ appeared in the Times of India on 3 January 2012.  It concerns the alleged human sacrifice of a young child as an offering to ensure a successful harvest.

In 1967 a railway employee witnessing a ghost at Begunkodor Station shortly before his own death led to it controversially being abandoned by rail staff and passengers for three decades.

The following story entitled ‘Ghost’ forces Kondhwa school to shut‘ appeared in the Indian Express on 12 March 2011.  I wonder if this could be an outbreak of mass hysteria.

On 25 February 1858 a phantom army was seen marching through the sky above Mohan by some British people there. The army was described as wearing Hindu costumes. This apparition experience occurred during The Indian Rebellion of 1857 also known as the Sepoy Mutiny, Indian Mutiny and India’s First War of Independence which ended on 20 June 1858 when Gwalior fell. 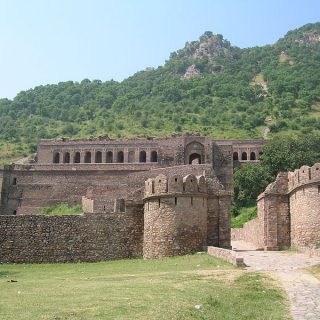 The ruins of Bhangarh fort and city are in Alwar district, Rajasthan, India and is roughly 80kms from Alwar City. It has been called the most haunted place in India and  staying in the ruins after dark is strictly prohibited by the government.