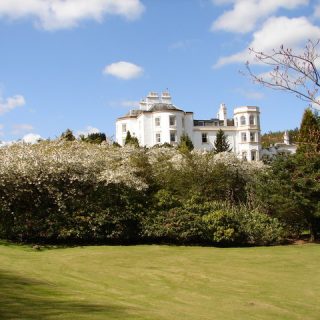 Holidaymakers staying at Kirroughtee Hotel outside Newton Stewart had a close encounter with one of Galloway’s best kept secrets last Saturday morning – an elusive big cat.

Les Gill and his partner Linda were looking out of their bedroom window when they both clearly saw the animal in the hotel grounds.

During the 17th Century an incident linked to poltergeist like activity in Glenluce became was recorded and published by Glasgow’s first Professor of Mathematics and demonologist, George Sinclair (died 1696) in his 1685 work, ‘Satan’s Invisible World Discovered’.

According to legend this was the last stronghold of the Picts. In their last battle with the King of Scotland they were all killed bar two, a father and son.