The British Isles has a rich diversity of folklore and legends, let us know about the customs and traditions from your area.

Bones of a Bog Dog Found Near Bungay (yes THAT Bungay!

Been meaning to drop back in for ages. Anyway saw this article…. Yep, it’s the Daily Mail, but might be worth a read. Could Black Shuck have been a real, flesh and blood, massive dog?

A request for assistence

Not sure where to file this one, so I felt that this part of the forum would be the best bet:

Looking for folklore for the area surrounding Buttsbury, Great Bursted, and Ingatestone. A friend of mine has suddenly developed an intense interest in the area, but as he’s a rather old man, has no way to get there, nor do I, for reasons more financial than physical.

An illustration of the Lambton Worm

My best friend caught a fairy and he posted a blog to ask advise on what to do with it. Everyone is telling him to let it go. We can’t let that happen. I’ve been searching the internet looking for people with an interest in fairies. Please visit his blog and help me convince him to keep the fairy. Thanks.
http://captivefairy.blogspot.com/ 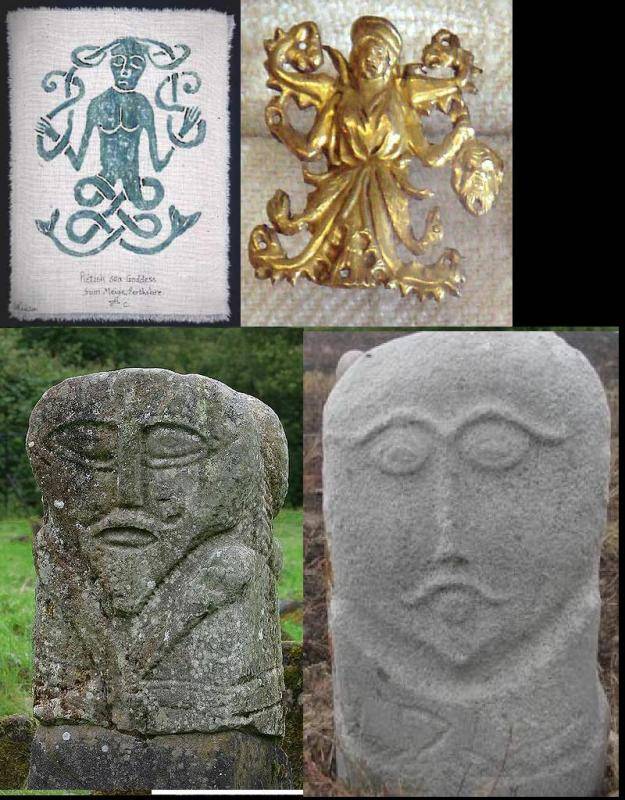 Anybody interested in discussing a Scythian settlement in isles?
Left an image from Perthshire  on the right a scythian gold from the Ukraine

Left a Stone Figure from Boa island northern ireland, on the right a Scythian Kurgan Stele from Kyrgyzstan.

Ghosts Bound To Pools & Tasked With Emptying Them

I have come across a few legends in the South West of England where restless ghosts were ritually bound to a body of water, condemned to stay there until they had completed an impossible task, such as emptying it with a small container which has a hole in it.

footsteps in the snow….

what was the legend/myth about tracks left in the snow in one night for 100’s of miles, passing over rooftops and any obstacle?

Hey all. Appologies for my sustained absenses from the site, but I’m hopefully about to make up for it with a headscratcher:

We recently had an e-mail about fog bows and wondered if anyone could shed some light on where they appear and any folklore connections.