In 1891 the following folk tale appeared in ‘The Science of Fairy Tales; An Enquiry Into Fairy Mythology’ by Edwin Sidney Hartland. It is one of a number of stories in which human midwives are needed at fairy births. 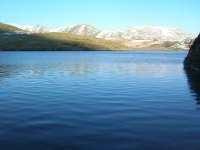 This is a privately owned lake beside the B4418 which has a rather complex shape and a small island in the centre, which is not uncommon in highly glaciated areas. There is a curious story attached to this lake. Once upon a time Llyn-y-Dywarchen had an additional floating island. 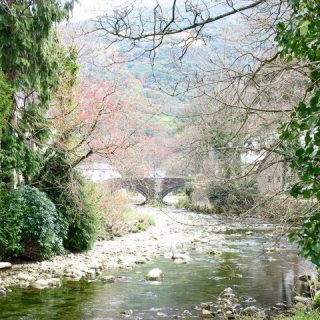 The following folk tale of a haunting beside the River Colwyn in Beddgelert was taken from Elias Owen’s Welsh Folk-Lore (1896). ‘It is said that a young man was about to marry a young girl, and on the evening before the wedding they were rambling along the water’s side together, but the man was false, and loved another better than the woman whom he was about to wed.

In Haunted Wales (2011), Richard Holland quotes an old account of an experience with the reputed phantom of Lady Prendergast. It was the experience of a farmer named Morus Roberts from Croesor Bach who came across the ghost at Gwernydd in Beddgelert parish. 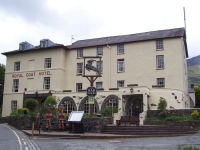 The Royal Goat Hotel is linked to stories suggesting a haunting, though I don’t know of any actual haunting type occurrences that have happened there. The stories relate to David Pritchard, the first landlord of the Royal Goat Hotel and the man generally thought responsible for the Grave of Gelert. 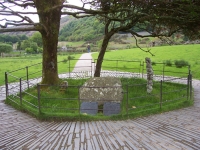 The Grave of Gelert

‘In the 13th century Llywelyn, prince of North Wales, had a palace at Beddgelert. One day he went hunting without Gelert, "The Faithful Hound", who was unaccountably absent. On Llywelyn’s return the truant, stained and smeared with blood, joyfully sprang to meet his master. 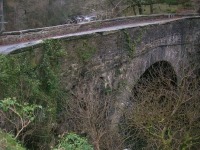 Pont Aberglaslyn has a bridge with a connection to the Devil. It is very similar to other Devil and bridge related stories found throughout the British Isles. The Devil built the bridge on the understanding that he would receive the soul of the first living creature to cross over it. When the bridge was finished he went to the local inn to inform the magician Robin Ddu that it was ready.