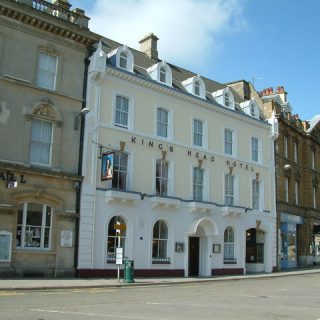 The hotel is said to be haunted by several apparitions including a cavalier and a monk. A secret tunnel is said to have once led to the nearby abbey cellars.

AN ELUSIVE big cat believed to be stalking the Cirencester area has been spotted again, just yards from where a similar creature was caught on CCTV cameras.