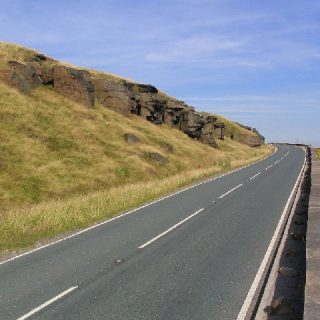 The following article by Phil Clay entitled ‘The Buckstones Ghost’ appeared in the Saddleworth White Rose Society (in the county of York) Newsletter (2000) and details his experience with an apparition whilst serving as a Police Officer in Saddleworth whilst it was part of West Yorkshire.