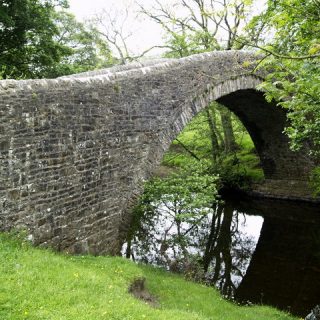 The single span Ivelet Bridge over the River Swale dates from 1687 and was an important crossing point on the 16 mile Corpse Way from Muker to the Churchyard at Grinton, which was once the only consecrated burial ground in the dale.