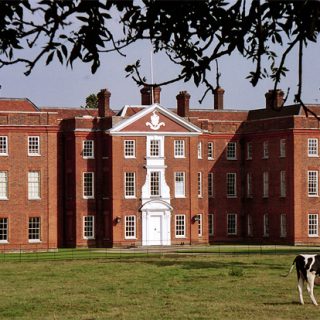 Langleys is a red brick 18th century house shaped as a H. 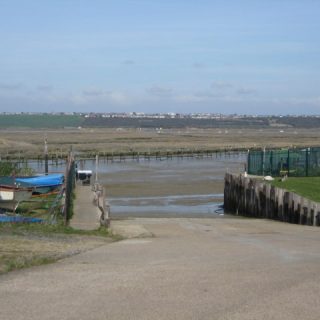 The Point (Canvey Point) is reputedly haunted by a phantom Viking. Raymond Lamont Brown in his ‘Phantoms Legends, Customs and Superstitions Of The Sea (1972)’ described the ghost as being ‘6 feet tall, fierce looking, with a beard and long moustaches.’ He goes on to say that ‘Wildfowlers and fishermen who have seen him say that he wears a horned helmet and jerkin of coarse leather.

Discover the darker side of Southend-on-Sea in the latest book in the Haunted series. If you’ve had enough of the beach and pier then be prepared to see the spine-chilling side of the town. You won’t be disappointed.

In Chelmsford, 1582, fourteen women from St Osyth were put on trial. The charge was witchcraft. Ten of those women faced charges of ‘bewitching to death’. Seperate skeletons found in St Osyth during 1921 were thought to belong to two of these women, executed as witches.

There is a tradition that a Dragon prowled the area around St Osyth in the 12th Century. According to Sir Richard Baker (born 1568 – died 18 February 1645) ‘In the seventeenth year of his (King Henry II) reign, there was seen at St.

Some wells in Britain are associated with the beheading of their patron saint, examples of which include the case of St Winifred, St Fremund, St Juthware and St Osyth. 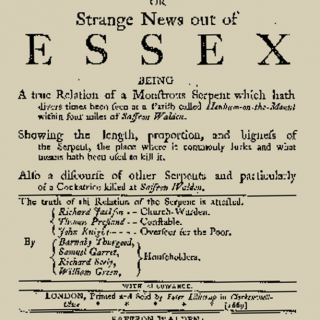 Robert or should this be William Winstantley of Saffron Walden wrote a pamphlet titled ‘The Flying Serpent or Strange News Out of Essex – A True Relation of a Monsterous Serpent seen at Henham on the Mount in Saffron Walden,’ published in 1699. Part of the text concerning this dragon is repeated below.

The pamphlet that deals with the Henham winged serpent also relates the story of a basilisk dragon that held siege to Saffron Walden centuries before. It was described as:

On 28th January 2009 the Daily Gazette featured an article by Emily Parsons entitled Wivenhoe: Policeman bumps into ‘Beast of Essex’ about a sighting of the large black cat that is suspected to be at large in the county.

The Beast is back!

On 28th April 2008 the Daily Gazette featured an article by Gareth Palmer entitled ‘Colchester: Now ‘Beast’ is seen in cemetery’ which concerned the latest sighting of the Beast of Essex.

The Beast of Essex may have been spotted in Colchester Cemetery.