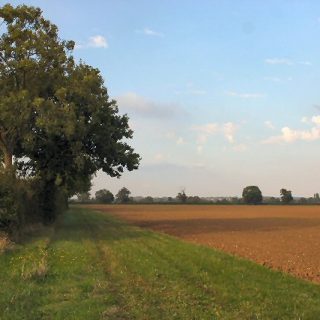 A old resident of Clopton Green is said to have encountered something with two saucer shaped eyes on the road to Woolpit. The description of saucer shaped eyes is often associated with Black Dogs. This thing apparently told the man that "I shall want you within a week." Being an omen of death is also associated with Black Dogs. The man apparently died the following night.

The Footless Ghost of Dallinghoo

According to ‘County Folk-Lore: Suffolk’ (1893) edited by Lady Camilla Gurdon, ‘In years gone by there lived at Dallinghoo a "Widow Shawe who committed suicide by cutting her throat. She now haunts the lanes and flits by without feet. She has been seen by many, and amongst those whom she has startled is Mrs. H., a thatcher’s wife.

In ‘County Folk-Lore: Suffolk’ (1893), Lady Camilla Gurdon gives the following story ‘Beneath a post of a high gate in Dallinghoo lies a hidden treasure; the ghost of its former owner haunts the spot and twelve clergymen have unitedly failed to lay the spirit.’

The Headless Horses Of Boulge Hall

The following account of a haunting was published in ‘County Folk-Lore: Suffolk’ (1893) edited by Lady Camilla Gurdon. Her source was a Mr Redstone. ‘At Boulge Hall, upon the stroke of twelve at midnight, a coach drawn by a pair of headless horses, and driven by a headless coachman, who dismounts to open the lodge gates, takes back the ghost of the late owner, Mr.

According to Folklore [A Quarterly Review Of Myth, Tradition, Institution & Custom] Vol III (1892), ‘Mr. Maude also tells me that a lane in Burgh is called White-foot Lane because a ghost with white feet walks up it’ 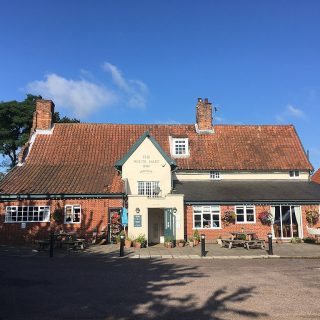 Dating from the 16th century, the White Hart was originally the courthouse. In 1967 it is said there were claims of ghostly footsteps, the sound of loud banging on a particular door and lights that would switch off on their own. These reports were attributed to a ghostly monk. There are no reports of the pub being haunted these days. 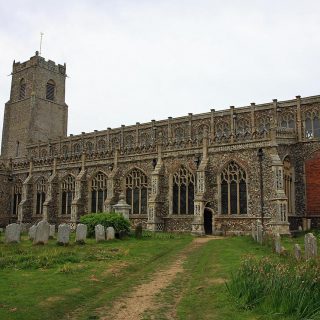 The Church of Holy Trinity, Blythburgh

Holy Trinity Church in Blythburgh is a Grade I listed building dating from the 14th century, which is thought to be built on the site of a much early church built in 630AD. It was said to have been visited by Black Shuck in 1577. 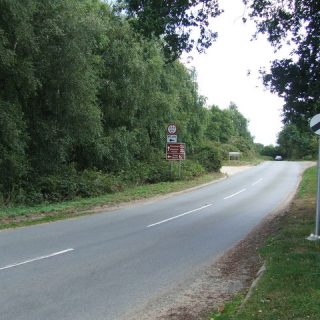 The manorial residence in Oulton is known locally as Oulton High House and it has some ghost stories associated with it. Dating from the 16th century, it has been suggested that the house was used for storage by smugglers in the 1700’s when it stood empty for a few years. It has been suggested that the stories were created by the smugglers to scare people away from the building.