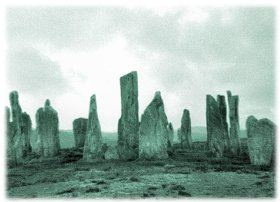 Situated near the village of Calanais, Isle of Lewis on a ridge of land above Loch Roag, Callanais is one of the more remote stone circles in the British Isles. The circle consists of a central stone just under five metres in height, surrounded by a circle of thirteen stones. 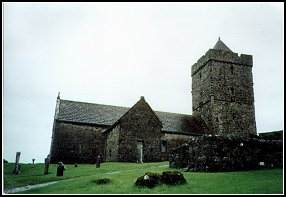 This gloomy atmospheric church, dating from the sixteenth century, is dedicated to St Clement, who was a bishop of Dunblane parish. 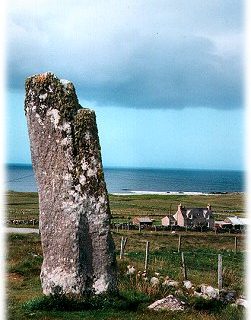 This mighty monolith – dating back to the late Bronze Age – is Scotland’s tallest standing stone, measuring nearly 6m (20 feet) in height, it would have been even taller before the change in climate a 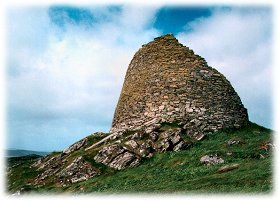 Situated on a rocky outcrop overlooking the sea, the broch is one of the best-preserved in Lewis; one wall still stands 30 feet at its highest point. 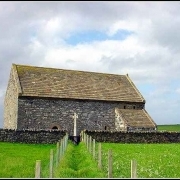 This small and ancient church has a plethora of legends and traditions associated with it, making it one of the most important mysterious sites on the Isle of Lewis.

This array of boulders marks what is left of a chambered cairn, and possibly shows the site was overlain by a huge hall. The site is 50 feet in diameter and oval in shape. The age of the site is debatable and according to different sources ranges from from 1800 – 1500 BC or 3000 – 1500 BC.

Directions: Steinacleit is at Siadar on the A857.

The Blue Men of the Minch

Folklore tells of a tribe of supernatural sea creatures called the Blue Men of the Minch, who used to inhabit the stretch of water known as the Minch, between Lewis, the Shiant Islands and Long Island.