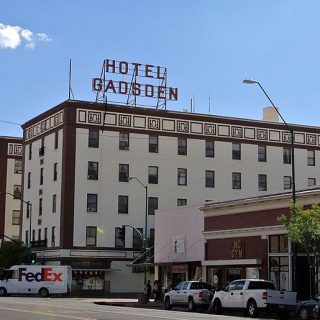 The following article by Megan Baird entitled ‘In 1854, vampire panic struck Connecticut town’ was published in the Register Citizen on 2 November 2008.

The Foster town records dated 14 October 1892 give the following account of the case of Nancy Levi who was died of consumption on 6 April 1827 but was subsequently exhumed and burned in a belief that this could prevent further deaths of the disease in her family.

Tuberculosis has been known by various names throughout history, phthisis, scrofula, Pott’s disease, white plague and of course, consumption. There are several cases throughout New England where a fear of the disease and the lack of medical knowledge to treat it, led to people seeking a supernatural explanation and a cure in old folklore.

Named after Woodstock in Oxfordshire, England, Woodstock was first settled in 1768. Six decades later, in 1829 a case of vampirism linked to consumption was suspected.

Captain Isaac Burton and Rachel Harris (stepdaughter of Esquire Powel) married on March 8, 1789. Unfortunately the marriage did not last long and she died of consumption (Tubercolosis) on 1 February 1790, after which she was considered by some to have become a vampire.

Rhode Island has a few cases that were by some considered to involve vampires. One of these suspected vampires was Mercy Lena Brown who died of consumption (tuberculosis) on 18 January 1892, aged 19.