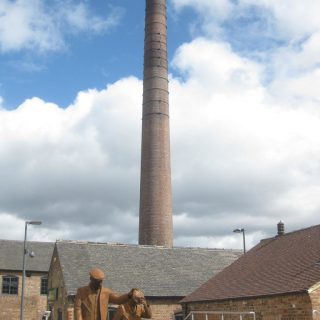 On 13th June 2018 the Derby Telegraph published the following witness account of a possible ghost sighting in Swadlincote. The story is by Paige Oldfield. ‘A grandma has been left spooked after spotting a...

‘The Gnat Hole Wood is very pleasant in the Summer time when there are no gnats about. The small stream of water that runs through the wood at one place forms a small pool;...

Hardwick Hall is a country house dating from around 1590 and was built for Elizabeth Talbot, Countess of Shrewsbury (Born circa 1527 – Died 13 February 1608) (also known as Bess of Hardwick), who was thought to be the richest woman in Elizabethan England after Queen Elizabeth I (Born 7 September 1533 – Died 24 March 1603) herself. 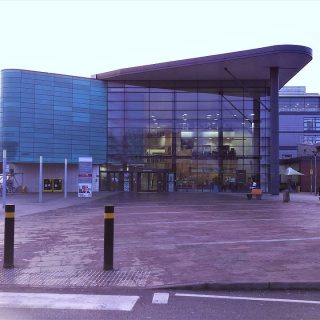 A hospital has called in an exorcist after staff claimed they were being haunted by a ghost.

Laying A “Ghost” At Loscoe

During road works on Denby Lane, Loscoe, described as having "the unenviable distinction of being one of the worst stretches of road in the country," a local character, Tom Allen, was given the job of night watchman.

The Quaker herbalist, Phebe Howitt nee Tantum, mother of the author William Howitt (18 December 1792 – 3 March 1879) had a strange experience in 1795 when her brother Francis Tantum was killed.

In ‘Collections for a history of Staffordshire’ (1880) we are introduced to the following account of the events surrounding the case know as The Devil of Drakelowe and the abandonment of the hamlet. The story may have its origins in the Anglo Saxon meaning of Drakelow, ‘Dragons Mound’ which may indicate a burial site with a guardian spirit.

Little Eaton in Derbyshire has a black dog legend. It is said that the large black animal was a working, hunting hound owned by the last squire of the village, which howled constantly for three days and nights as its master was dying. When the dog ceased howling, the household staff and the villagers knew that the squire had died.

There is apparently a legend (or maybe it’s camp fire ghost story) associated with Drum Hill, which is situated on the edge of Little Eaton, although it has undoubtedly been kept alive (and most probably elaborated) by the Scouts and Guides who regularly use the site as a camping ground.