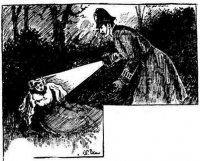 On 18 July 1963 a large cat was seen by a lorry driver traveling up the western side of Shooters Hill. He saw what he thought was an injured animal, possibly a dog and stopped to give it assistance. The animal got up and fled into the woods. It had a curled tail and was golden in colour. It had some prey in its mouth and it appears that the driver disturbed ait whilst it was feeding.

A Beast of Bexley-type creature is believed to have been spotted in Thamesmead.

A phantom hitchhiker reputedly haunts the Blackwall Tunnel which runs under the River Thames between Greenwich and Tower Hamlets in London. The usual account of a motorcyclist picking up the hitchhiker in 1972 seems to have changed slightly over time. In some versions the hitchhiker is male, others female. 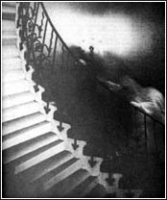 On Sunday 19th June 1966 a retired couple from Canada captured an extraordinary image on camera whilst visiting the Queens House in Greenwich. They took what is arguably the best known apparent photograph of a ghost. But this photograph is not the only piece of evidence that suggests The Queens House is haunted.