The Haunted Heritage trail leaflet for Thetford refers to a haunting in the old King’s Arms public house, stating that ‘An old tenant still talks of when he lived in this pub as a child. One day he was sitting with his grandmother when a lady dressed in black appeared in the corner of the room.

The oldest inhabited building in Thetford, this Grade II listed building has seen some changes over the years. Originally part of a single late-medieval timber-framed house that was eventually split into No’s 1, 3 and 5 Castle Street. The oldest part of the building being being No 3 and No 5 which date back to 15th century with No 1 being added as a service wing the 16th century.

Found at 4 White Hart Street, the former White Hart Inn is now the local Tourist Information Centre. Haunting like phenomena was reported whilst the building was a pub, with unexplained footsteps being heard walking along the passageways at night. Strange experiences continue to be reported in the TIC with flickering lights and opening doors by themselves. 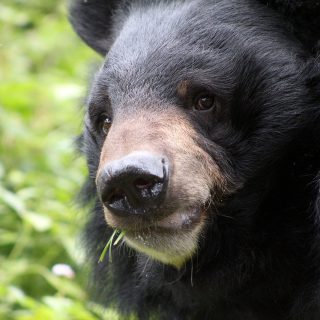 On 15 June 1979 a story regarding the sighting of a Himalayan or Malaysian bear seen by several witnesses on the outskirts of a wood near the A1066 at Snare Hill, appeared in the Bury Free Press, Sunderland Echo and national press. 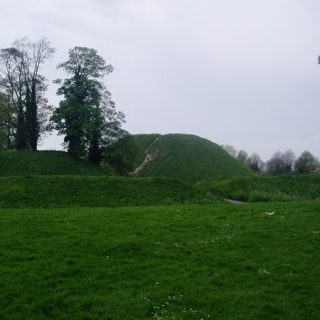 The Devil’s Ditch which possibly dates from the Iron Age, though was probably recut in the Middle Saxon period, is a two long ditch with low flanking banks.

The Lantern Man is one version of the common Will o’ the Wisp or Jack o’ Lantern phenomena within Norfolk and the haunted fens. This supernatural belief has many variations throughout Britain.

The now ruined but still imposing Castle Rising with its extensive earthworks was built around 1140AD and is one of the most famous castles of its kind in the country. Back when it was built this area was a busy sea port, though it is now probably four miles from the waters of the North Sea. 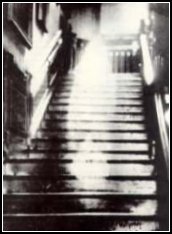 The Brown Lady of Raynham Hall

The Brown Lady of Raynham Hall is one of the most famous hauntings in Britain, this is mainly down to the strange form captured by photographers from Country Life magazine in 1936. Before that event the Brown Lady had been reported several times, but many of the written accounts vary considerably.

28th January 1908, people working at the ‘Norwich Transportation Company’ on a night shift, were witness to a ‘dark globular object’ with a structure of some kind upon the side of it. The object was travelling at great speed.